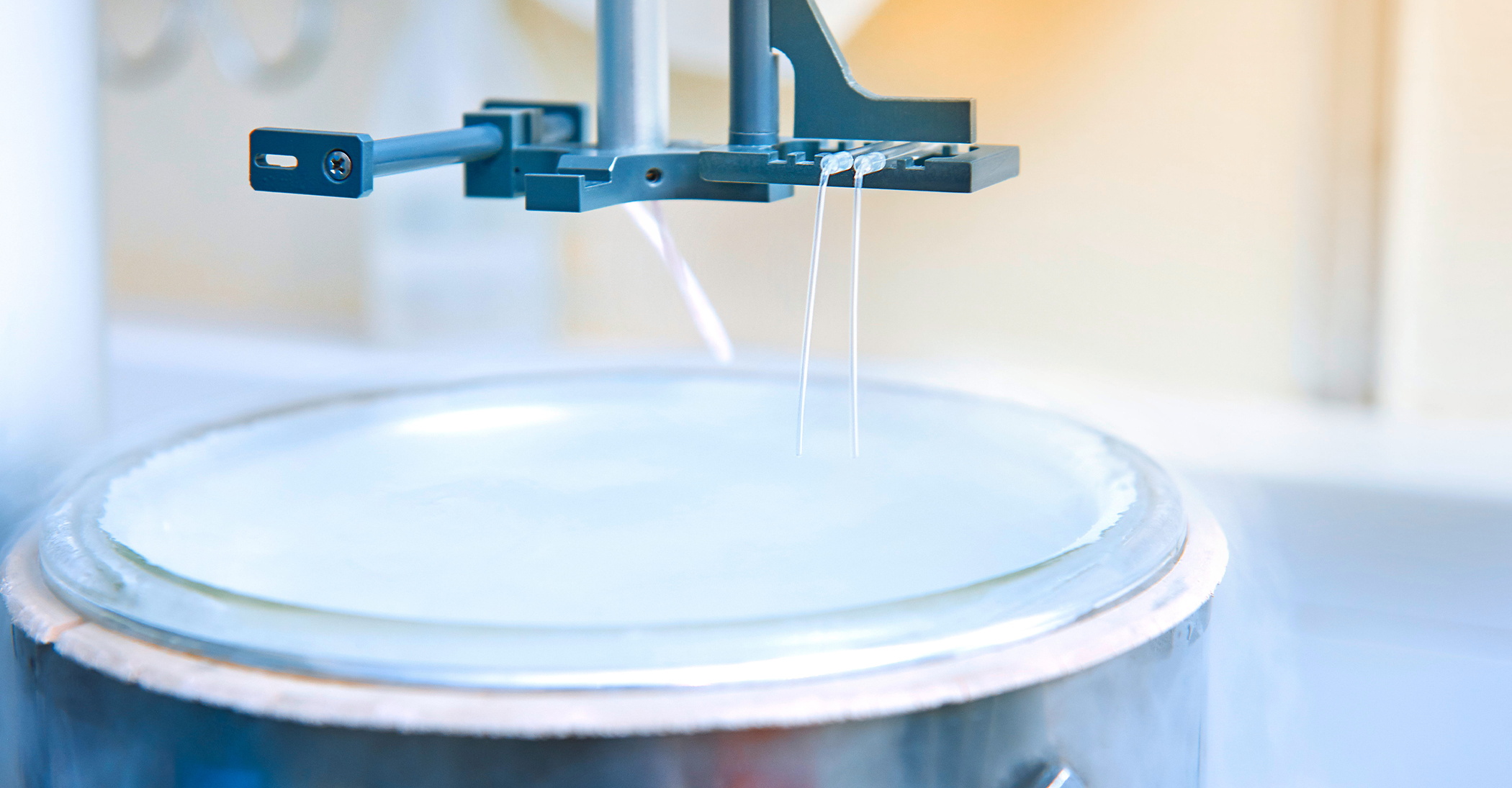 As a woman gets older, the quality of her egg cells steadily decreases. The chance of a natural pregnancy from her mid-30s is only half as high as in her early 20s. But by freezing the egg cells, we can stop the biological clock to a certain extent. This technique offers women the opportunity and freedom to build up a reserve of egg cells. This does not of course guarantee the chance of conceiving after the age of 35, but it does significantly increase it.

Egg-cell freezing – how does it work?

Egg cell freezing is the freezing of unfertilised egg cells for later use. After a detailed preliminary discussion, mature egg cells are removed by using the follicle-puncture technique some time after ovulation. The extracted eggs are then examined, after which all suitable cells are vitrified, meaning that they are frozen extremely quickly to a temperature of -196°C. The egg cells are then stored in liquid nitrogen.

Egg-cell freezing: who is it suitable for?

There are multiple – and often deeply personal – reasons for wanting to freeze a woman’s egg cells. It may on medical grounds, such as an upcoming course of chemotherapy, or for personal or professional reasons. The egg-cell freezing method means that the possibility of pregnancy remains open. Consequently, this technique is a suitable option for all women who either do not want to have children at the moment or are unable to conceive right now.

How long can egg cells be stored for?

The deep-frozen egg cells can be frozen for any length of time. After thawing, the eggs can be fertilised using the ICSI (intracytoplasmic sperm injection) procedure. The embryo is then placed in the uterine cavity.